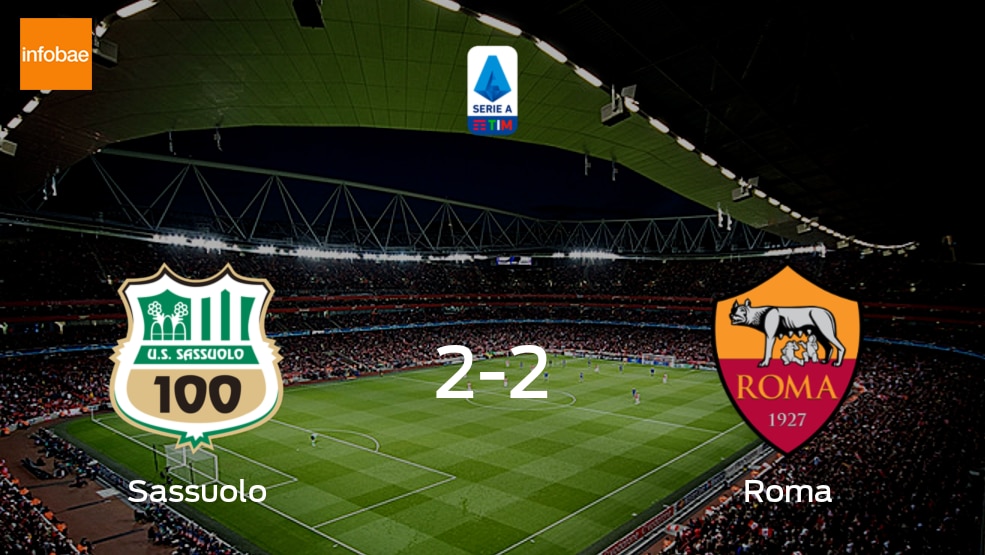 Sassuolo were held to 2-2 draw by Roma down on Saturday at the MAPEI Stadium. With each team arriving on the back of a league defeat, they were both keen to pick up points. Sassuolo arrived at the game looking pick up points, following a previous defeat to Torino. Roma had lost their previous match against Napoli. As it stands, Sassuolo are 9th with 40 points from 29 matches, while Roma sit in 7th, with 51 points from 29.

Roma started strong and were rewarded for their efforts, thanks to Lorenzo Pellegrini finding the net at the 26 minute mark to see out the first half 0-1.

Sassuolo took the lead in the second half, with Hamed Junior Traore finding the net at the 57 minute mark. However, each side looked hungry to win and Roma then found the back of the net, on 69 minutes thanks to Bruno Peres, taking the score to 2-1. In the end though, their celebrations were kept brief, as Giacomo Raspadori equalised for Sassuolo just before the final whistle and seeing the game end 2-2.

Sassuolo will next play Benevento away, with Roma facing Bologna at home.