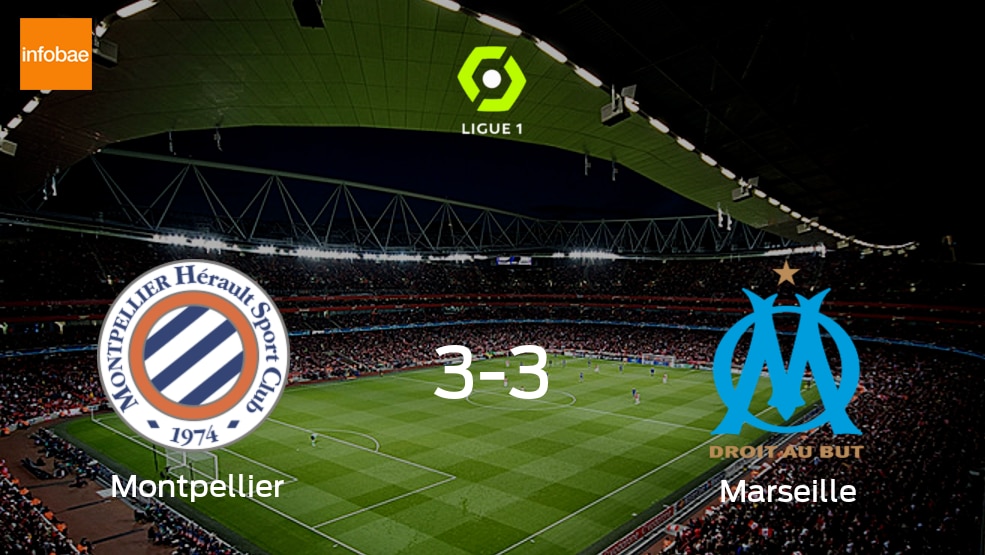 On Saturday, Montpellier and Marseille were held to a 3-3 draw at the Stade de la Mosson. Montpellier arrived with the intention of increasing their league score after a 1-1 draw against Angers. Marseille, on the other hand, were coming from a 2-0 win against Dijon. Following today’s result, Montpellier are in 7th place, with 46 points from 32 matches, while Marseille sit in 6th, with 49 points from 32.

Montpellier started strongly in the first half, with an early goal from Andy Delort in the 1st minute. However, they were unable to maintain their lead, Arek Milik managed to equalize and take the sides off, on 43 minutes at 1-1. The Olympians looked to have the game under control when they scored again and incerased their lead, thanks to a goal from Pape Alassane Gueye, 45 minutes in to establish a 2-1. However, their lead was short lived, as Gaetan Laborde equalised for The Paladins just before half-time to see out the first half 2-2.

Marseille fought back the second half, thanks to a goal from Lucas Perrin in the 71st minute. In the end though, their celebrations were kept brief, as Gaetan Laborde equalised for Montpellier just before the final whistle, leaving the final score at 3-3.

The referee booked Florent Mollet and Jordan Ferri from Montpellier. Marseille had the worst of it though, with Florian Thauvin and Alvaro Gonzalez seeing yellow, and Duje Caleta Car then sent off with a red.

Montpellier will next travel to Lille, while Marseille will face Lorient at home.