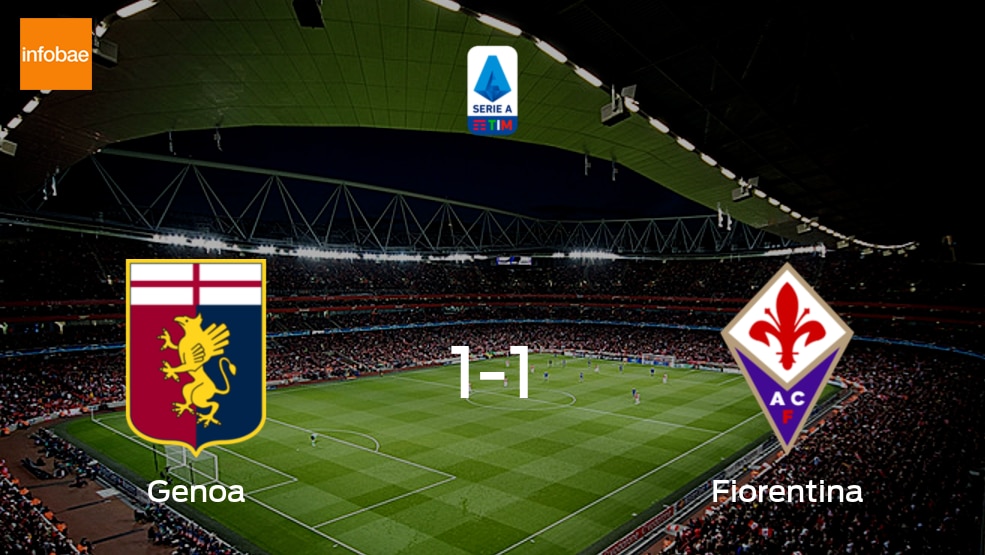 On Saturday, Genoa and Fiorentina were held to a 1-1 draw at the Stadio Luigi Ferraris. Genoa were looking to pick up points, following a 2-1 victory against Parma. Fiorentina, on the other hand, lost 3-2 in the last match they played against AC Milan. As things stand, Genoa are in 13th place on the table and has 32 points while Fiorentina sit in 14th with 30 points after 29 matches.

Genoa found the net first, with a goal from Mattia Destro in the 13th minute. However, their celebrations were kept brief, as Dusan Vlahovic equalised for The Purples at the 23 minute mark. The score at half time was 1-1. Both teams struggled to produce anything in the second half and the game ended 1-1.

The referee booked Kevin Strootman and Miha Zajc from Genoa. Fiorentina had the worst of it though, with Erick Pulgar seeing yellow, and Franck Ribery then sent off with a red.

Genoa will play their next fixture away against Juventus, while Fiorentina will face Atalanta at home.