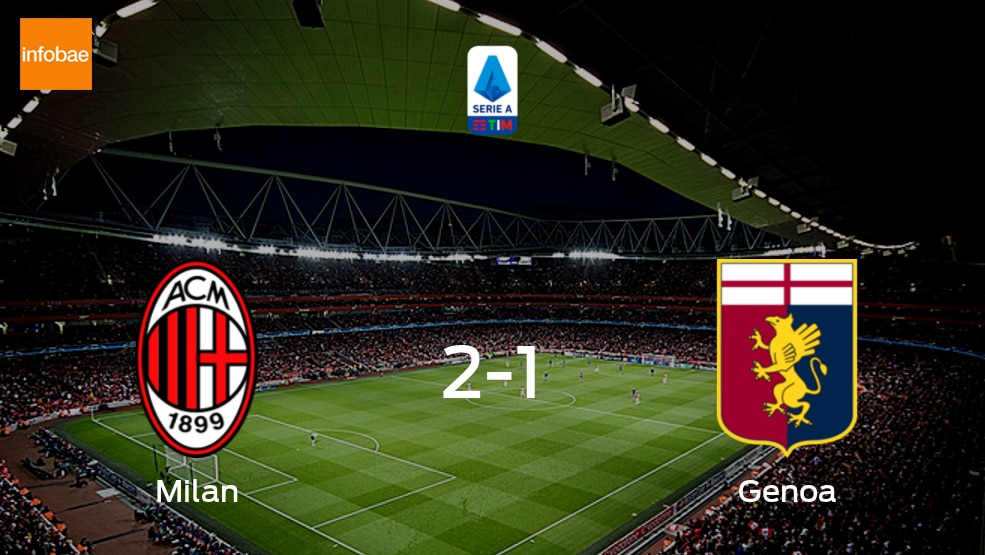 AC Milan eased past Genoa in a 2-1 victory on Sunday at the Stadio Giuseppe Meazza. Milan were keen to hang onto their position at the top of league and extend their winning run, following a 3-1 victory against Parma. Genoa, on the other hand, lost 3-1 in the last match they played against Juventus. As the table looks today, Milan are currently 2nd with 66 points from 31 matches, while Genoa sit in 14th, with 32 points from 31.

Rossoneri started the first half well, thanks to Ante Rebic giving Milan the lead at the 13 minute mark. However, their lead was short lived, as Mattia Destro equalised for The Griffin, 37 minutes in. The score at half time was 1-1.

Milan continued to pile on the pressure in the second and were rewarded, with Gianluca Scamacca giving Milan the lead, 68 minutes in and seeing the game end 2-1.

Milan next face Sassuolo and Genoa are at home to Benevento.